The Idaho Secretary of State’s office is working to determine the source of signs posted around the Treasure Valley with a message that says, “Don’t Vote” and a QR code that redirects to the campaign website for Ammon Bundy, who is running as an independent candidate for governor. This is one of the “Don’t Vote” signs on the corner of Chinden and Linder roads in Meridian. (Kelcie Moseley-Morris/Idaho Capital Sun)

The Idaho Secretary of State’s office is working to determine the source of signs posted around the Treasure Valley with a message that says, “Don’t Vote” and a QR code that redirects to the campaign website for Ammon Bundy, who is running as an independent candidate for governor.

The QR code brings up dontvoteidaho.com, followed by a series of statements about how a person should not vote if they are not informed, and if they do, that person is the most dangerous person to a democracy. The site then includes a button with the description “Get informed” and clicking it takes the user to Bundy’s campaign website.

Deputy Secretary of State Chad Houck said his office reached out to Bundy’s campaign about the signs on Monday but has not yet received a response. Bundy’s campaign could not be reached for comment Monday afternoon. 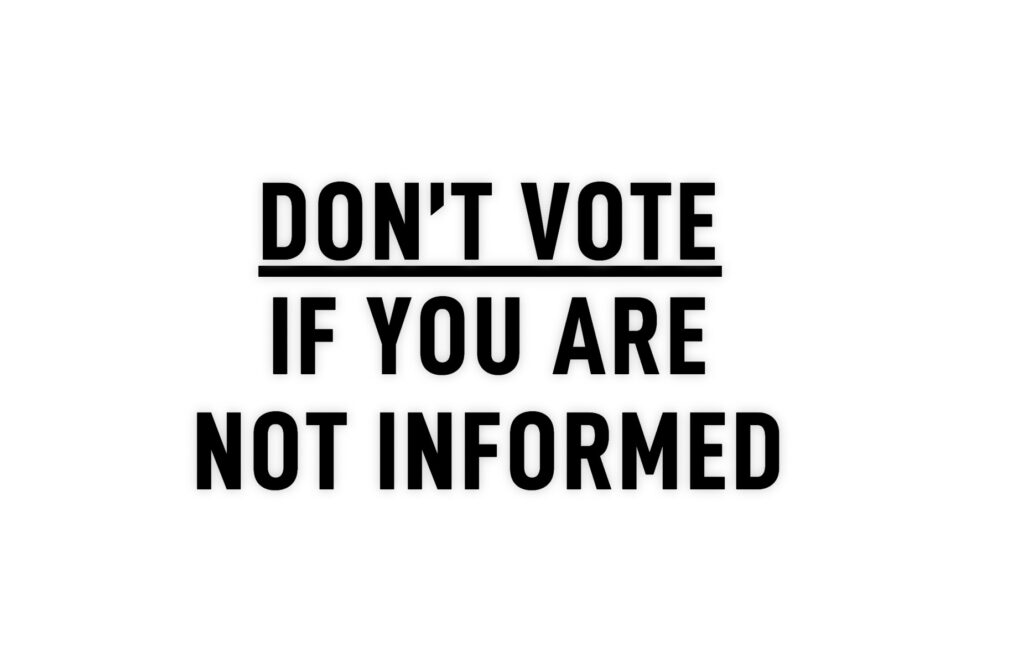 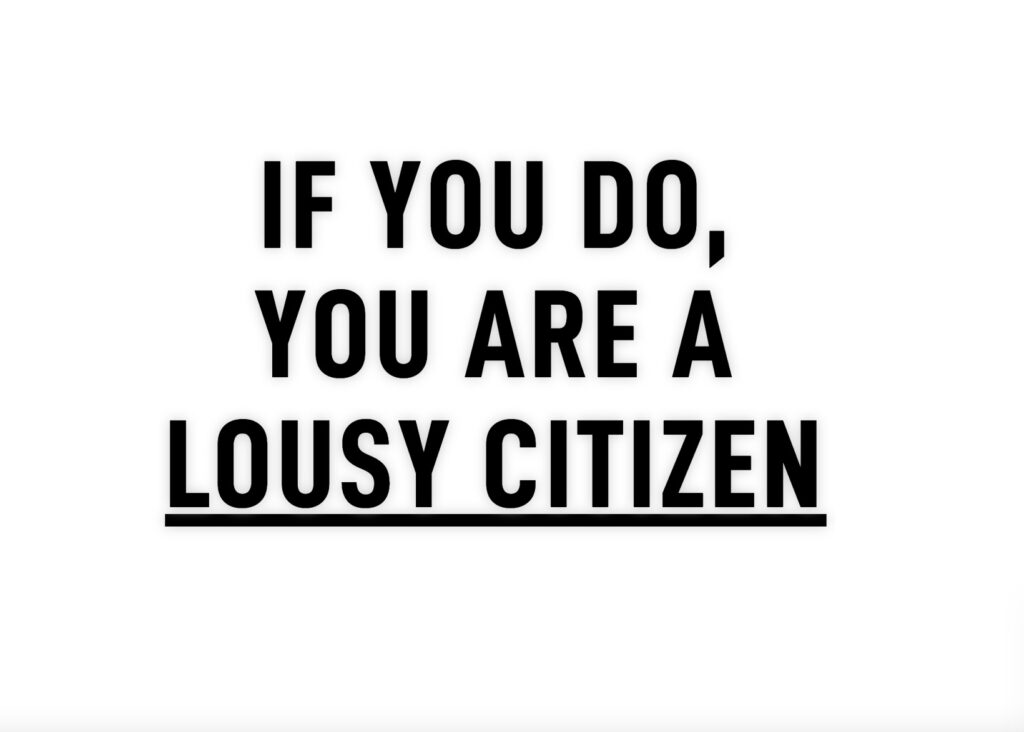 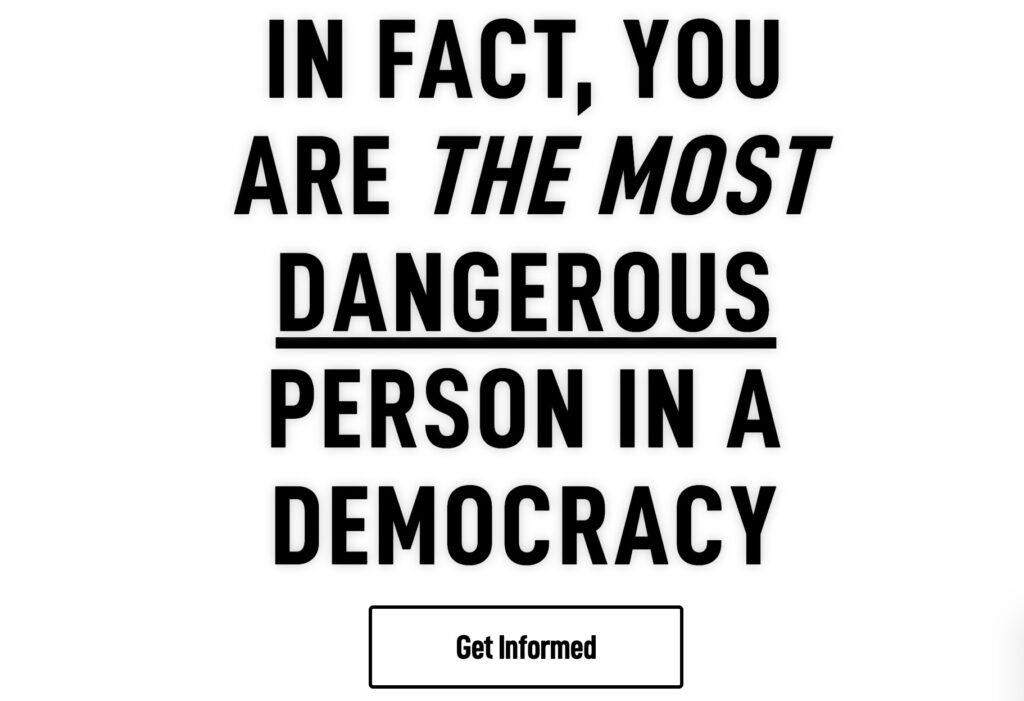 The signs do not indicate who paid for them to be printed and placed, which Houck said would be a campaign finance violation if the campaign knew about them. Idaho law requires campaigns to indicate on all political advertising who is responsible for the advertising.

“That’s a violation, clearly,” Houck said. “The question would be, are they actually a campaign piece?”

The signs started to appear throughout Boise and Meridian in the past week, including along the major thoroughfare of Eagle Road, and KTVB reported there are also signs in Emmett.

“That means they are theoretically at least an October expense, which means any October expenditures or contributions would be reportable by Nov. 10,” Houck said. “It all gets down to whether it’s coordinated, and if that’s the case, when did these go out?”

If an individual made the signs on their own without the campaign’s knowledge, Houck said, it would still need to be reported as an independent expenditure. The deadline for those expenditures to be reported, if they do not exceed $1,000, is Tuesday, Nov. 1. Expenditures in excess of $1,000 must be reported within 48 hours, according to Idaho law.

“If someone reports it as an independent expenditure by end of day tomorrow, that’s an answer,” Houck said.

The domain for the website does not include the name of the domain owner, but the address listed is in New Plymouth, and matches donation records for Jerry Jones, who has donated $6,060 to Bundy since August 2021. A call to the phone number associated with the domain goes to a recorded message saying the call cannot be completed.

“We’re paying attention to it, we’ve definitely been made aware of it and we’re trying to figure out where it falls,” Houck said. “It would definitely seem that with the different connections there and the fact that it does point directly at the Bundy website that it’s either an independent expenditure or in-kind, so we will definitely be following up on it.”

GET THE MORNING HEADLINES DELIVERED TO YOUR INBOX

Kelcie Moseley-Morris is an award-winning journalist who has covered many topics across Idaho since 2011. She has a bachelor’s degree in journalism from the University of Idaho and a master’s degree in public administration from Boise State University. Moseley-Morris started her journalism career at the Moscow-Pullman Daily News, followed by the Lewiston Tribune and the Idaho Press.