From the time he chaired then-Gov. C.L. “Butch” Otter’s transportation task force in 2010, Gov. Brad Little has known Idaho is short hundreds of millions of dollars in transportation funding on an annual basis.

That’s part of why this legislative session, he championed a funding package that included a one-time $126 million infusion from surplus funds and $80 million in ongoing funding from sales tax revenue. Little stressed the importance of the funding in his State of the State address in January and toured the state during the session talking to industry and community leaders. The issue was part of Little’s “Building Idaho’s Future” initiative.

“I’ve talked about it forever,” Little told the Idaho Capital Sun. And while it took longer to pass the Idaho Legislature than he would have liked, and the process was “more painful” than he expected, Little said the end result is what mattered.

“It isn’t ‘the how’ we got there; it’s that we got there that’s more important to me,” he said.

The bill that was signed into law, House Bill 362, increases the sales tax distribution to the state’s Transportation Expansion and Congestion Mitigation fund from 1% to 4.5%. Up to $80 million from that revenue is dedicated to the Idaho Transportation Department for large infrastructure projects on the state highway system, with excess revenue to be distributed to county highway districts based on population. Based on projections for fiscal year 2022, that would mean $4 million in funding for local governments to use on road and bridge developments.

Several iterations of the funding model were introduced in bills considered by the Legislature before the final version — House Bill 362 — was ultimately signed into law. An early version would have raised $45 million, about half of Little’s stated goal, but the governor continued to push for more.

“I finally drew a hard line at $80 million,” Little said.

The funding is the single largest investment in infrastructure in Idaho’s history, but the structure is also significant, Little said, because it’s tied to sales tax revenue and doesn’t rely on federal funding. That’s a difference from the Grant Anticipation Revenue Vehicles — better known as GARVEE — bonds that were used for many Idaho roads projects from 2005 to 2015 and funded with the expectation of federal dollars to help pay for the projects.

“With this, we’re taking new money and putting it in for bonds, which means we should be able to get record-low interest rates with our credit ratings,” Little said.

Some legislators voted against the bill because they said it was a measure for taking on debt, but Little said that’s not true because the money is already dedicated.

‘We’re going to move as quickly as we can’

As recently as December, Idaho was still facing a shortfall of nearly $242 million per year in transportation funding, according to a study by Boise State University. That figure is not far off from the $262 million annual shortfall discussed during the 2015 legislative session. That task force said a total of $543 million was needed annually to upgrade Idaho’s infrastructure, including bridges, and $262 million was necessary just to preserve the existing system.

Vince Trimboli, spokesman for the Idaho Transportation Department, said the new funding is huge because it helps narrow the $242 million gap, although it still leaves a $36 million hole.

“Will this eliminate all of our needs on the safety and capacity side? No, but it’s going to be a great move forward,” Trimboli said.

To move forward with bonding, the department will need to wait six months to establish credit with bonding agencies, but Trimboli said the agency is working as quickly as possible to have projects “shovel ready” when bonds are ready to be approved or other funding becomes available from the federal or state level.

“In terms of interest rates, they’re low right now, so we’re going to move as quickly as we can to get the bonding going forward,” he said. “… It’s only going to get more expensive the longer we have to wait.”

The bonding capacity with the annual anticipated sales tax revenue is up to $1.6 billion.

The Idaho Transportation Board decides what projects are approved, and the board is made up of seven appointed members from districts across the state. On May 19, the board approved $170 million from Transportation Expansion and Congestion Mitigation funds to expand Idaho State Highway 16 from its current location along Chinden Boulevard to Interstate 84, along with $37 million from the same fund to expand U.S. Highway 20/26 to four lanes from Middleton Road to I-84. Both projects should be under construction by next year and will likely be bonded.

“We do plan by the end of this year to have some sort of a bonding package, with the first phase of bonding to present to the board,” Trimboli said. “And that will actually include Highway 16 and 20/26, but we could very well add other projects to that first phase list.”

The Highway 16 extension will be a six-phase project that connects several areas along Chinden Boulevard to I-84, including interchanges at Cherry Lane, Ustick Road and McMillan Road. Caleb Hood, planning division manager for the city of Meridian, said the timing is right for the extension to occur with record growth occurring in the Meridian area. The extension should also help relieve complaints about industrial traffic.

“Right now where State Highway 16 terminates at Chinden, we tend to see quite a bit of traffic that will go down Chinden and either use Black Cat (Road) or Ten Mile because those motorists are trying to get to I-84,” Hood said. “We get everything from complaints about air brakes to just bigger truck traffic that are mixing in neighborhoods … so there’s a positive impact that a lot of that traffic will go away.”

The extension will also open more opportunities for economic development, he said, and relieve congestion along existing roads reaching out into Canyon and Gem counties.

“It is a project we’re excited about and we appreciate that ITD has been able to find monies to make this happen,” Hood said.

The Idaho Transportation Department has been plagued in the past year by the discovery of instances of subpar construction work by contractors that has resulted in road materials breaking down before they’re supposed to.

When asked about the quality of upcoming construction work, Little said there’s been “a lot of proactive work” done on the process for determining the quality of asphalt in construction projects, and other process changes that will help prevent the same problems in the future. There are now avenues for contractors to lodge complaints if they are uncomfortable going to a supervisor.

“I think just having it there does a lot for confidence in government,” Little said. “I think it’s going to save a lot of money in lawsuits, and it should give the employees and the public confidence that we’re doing the right thing.”

Trimboli said 92% of Idaho’s roads are in fair or good condition, and the department prides itself on being innovative and constantly improving.

“We can tell the folks of Idaho we will be doing everything we can, working in partnership, to produce the best-quality roads and bridges with this money for the state of Idaho,” Trimboli said. 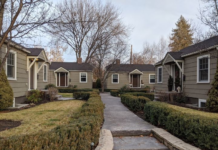 National parks struggling with maintenance would get boost under Biden budget...