Child care centers across the Treasure Valley are scheduled to be closed Monday to call attention to $34 million in child care funding that the Idaho Legislature has not approved.

Child care providers say the funds are the difference between staying open and closing their doors.

The Idaho House of Representatives voted down the $200 million Idaho Department of Health and Welfare budget by a vote of 27-42 in early April, with some lawmakers voicing concerns about $34 million in federal funding from a bill passed by the U.S. Congress in December. According to recent Idaho Capital Sun reporting, legislators took issue with the 28.8% increase in federal dollars, saying it was a “sizable amount of money” and questioning how many providers would apply for the grants.

Since September, more than 200 centers across Idaho have closed, one of the organizers told the Idaho Capital Sun. Child care centers have closed due to the pandemic and its ripple effects on schools, the economy and parents working from home.

‘Who’s going to take care of the kids?’

Several large child care center administrators and their staff plan to demonstrate outside the Idaho Capitol all day on Monday and have notified parents that the centers will be closed.

Christine Tiddens, project director of Idaho Voices for Children, said several child care providers contacted her for help organizing the event and providing a platform to advocate for the Legislature to pass the funding bill. Tiddens said providers worry the Legislature will adjourn without passing the bill.

On Thursday, Giraffe Laugh child care center director Lori Fascilla said she hopes the event will tell the story of what is happening with child care in Idaho.

“The Legislature doesn’t seem to think that we need these funds, yet there was a center today in Caldwell where parents showed up and (the center) was shuttered,” Fascilla said. “No sign on the door, no employees there to tell them what happened, they’re just closed. And it’s becoming sadly more and more common.”

Fascilla said supporting the industry is necessary because it is “the foundation of all other industries.”

“Our economy won’t recover without child care, and we’re going in the wrong direction here,” Fascilla said. “Who’s going to take care of all the kids? That’s what we want to know.”

Janelle Corona, owner of Precious Hands Academy centers in Nampa and Meridian, said her centers would not be open were it not for the monthly grants she has received. Before the pandemic, her Nampa center served 122 children with a waiting list, and the Meridian location served 85 with capacity for 97. At the lowest point last year, her Nampa location was serving seven students, and in Meridian it was 16.

“A lot of family members didn’t go back to work, so my numbers didn’t even really start coming back until probably the last three to four months,” Corona said.

Corona laid off 17 employees during that time but was able to bring back some of her full-time workers with federal Paycheck Protection Program dollars. When that funding ran out, the grants saved her from a second round of layoffs, she said.

But now, Corona is struggling to find additional staff to accommodate the enrollment numbers as they increase. Day care employment has always been low paying, she said, but it’s even harder to attract workers now because extra unemployment payments from the federal government have continued.

“People are applying for the positions and setting up interviews and then not showing up, or they’re not even applying,” Corona said. “… I had four interviews set up today, and so far one out of the four showed up.”

The wage enhancement portion of the funding bill consists of $27.6 million in federal funding that will equate to an increase of about $2 to $3 per hour for child care workers. Officials with the Idaho Department of Health and Welfare have stated that money will not continue in perpetuity because it is part of federal stimulus money, but it can help providers stay afloat and retain staff until enrollment numbers fully recover.

Corona said if the Legislature does not approve the budget, the grant funding will end in July, and the cost to maintain staff and buy extra cleaning supplies to prevent COVID-19 transmission will become too much.

“A lot of daycares will have to close,” she said. “… We’ve used up all of our savings during the pandemic, so without that support, we’re going to be understaffed, overstressed and we’re not going to have enough money to survive.”

Corona said child care providers need the backing of the community, and she hopes people will reach out to their representatives advocating for the bill’s passage before the Legislature adjourns — with adjournment lasting until at least September.

A revised version of the Health and Welfare bill for the same $199 million overall budget has yet to receive consideration on the floor of the House of Representatives. 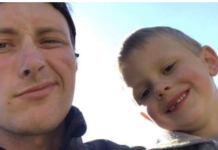 Hundreds of Idahoans have lost their lives ‘for a paycheck’ 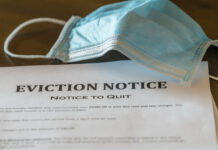 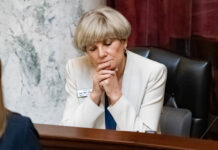 Why Idahoans miss the mark by blaming Californians for our housing...