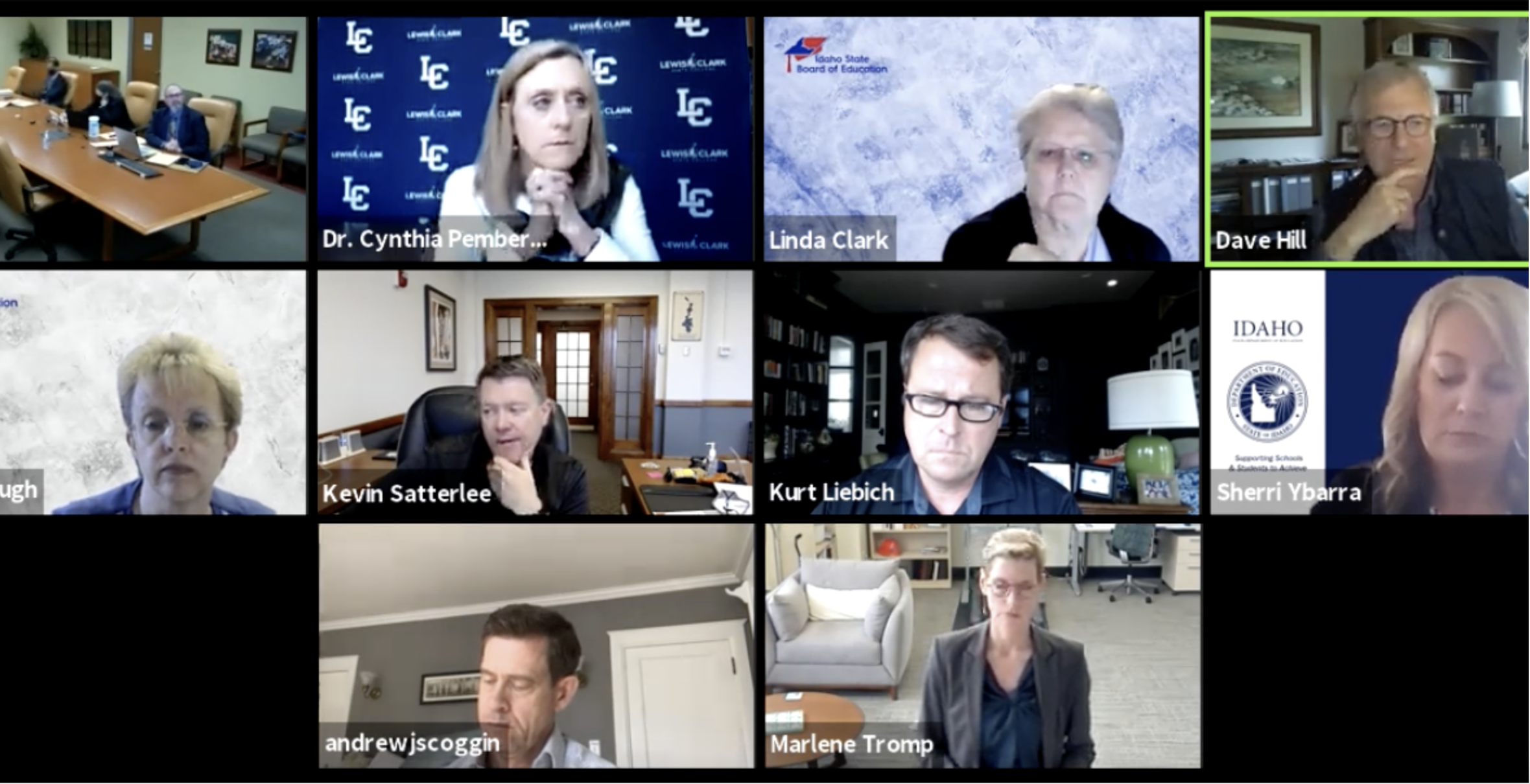 State Board, college presidents agree on another tuition freeze

Originally posted on IdahoEdNews.org on April 14, 2021

Voting unanimously — but reluctantly — the State Board of Education took a big step to continue Idaho’s tuition freeze.

During a virtual meeting Wednesday afternoon, the board directed college and university presidents to work with State Board staff to again freeze tuition for in-state, undergraduate students.

The move comes even though a deadlocked Legislature has not set a higher education budget for next year — and even though conservative lawmakers are pushing to cut state spending on higher ed.

And the move comes amid warnings that a big influx of federal stimulus dollars will fall short of covering the fiscal fallout from the coronavirus pandemic.

“We really are betting that the Legislature is going to do the right thing here,” said board member Kurt Liebich, fearing that a state budget cut would force the four-year schools to cut staff and programs. “I’m really uneasy here.”

“It’s going to hurt,” said Idaho State University President Kevin Satterlee, acknowledging the possibility of staff and program cuts.  “But it’s the right thing to do.”

Idaho’s college and university tuition costs have consistently ranked among the lowest in the nation.

And after the four-year schools agreed to freeze tuition for 2020-21 — the first move of its kind in at least four decades — Idaho moved up in national rankings on college affordability. Idaho now has the sixth-lowest tuition in the nation, up from a No. 8 ranking the previous year, Satterlee said.

Rankings aside, affordability remains a stubborn obstacle, as the state tries to convince more high school graduate to enroll in college. And the pandemic hasn’t helped. Despite this year’s tuition freeze, in-state college and university enrollment dropped by 3 percent this year. For first-year Idaho students, the decrease was 6 percent.

Holding the line on tuition is a key to attracting Idaho students who put college on hold during the pandemic, Satterlee said. “I want to get them back, and I don’t think I can do that by passing on an increase.”

Before the board voted on the freeze, they got a troubling walkthrough on federal pandemic stimulus funding.

On the one hand, the four four-year schools will receive nearly $81.7 million in institutional aid from the feds — including $43.5 million from the recently passed American Rescue Plan Act. The schools can use this money to offset revenue losses incurred during the pandemic. However, according to State Board estimates, the four schools incurred more than $87 million in revenue losses, $60 million at Boise State alone.

On top of that, the schools took on added expenses during the pandemic, such as personal protective equipment or technology to support online instruction. At Boise State, for example, the added costs came to about $10 million, CFO Mark Heil told the board.

“The federal funding will not bridge the gap for us,” Boise State President Marlene Tromp told the board.

Last week, the House overwhelmingly rejected a budget that would have provided $315.2 million in general fund tax dollars to higher ed, mirroring Gov. Brad Little’s recommendation. The budget would have cut $409,000 in social justice program spending from Boise State, shifting the money to Lewis-Clark to cover a second year of tuition freezes. But conservative legislators are pushing to cut higher ed’s bottom line, saying the $409,000 shift doesn’t come close to covering the true costs of social justice programs.

“I think we are getting ahead of the budget,” said state superintendent Sherri Ybarra, who ultimately voted in favor of the freeze.

It’s unclear what the state budget will look like, and it’s even unclear when the Legislature will take another run at coming up with a number. The Joint Finance-Appropriations Committee will meet Thursday morning, but the higher ed budget is not on its agenda.

Still, the State Board didn’t want to wait on addressing the tuition and fee issue, even the board has a two-day meeting scheduled for next week. The board wanted to give college and university leaders some direction, and begin a process that will almost certainly lead to tuition hikes for graduate students and out-of-state students.

“There are no happy solutions here,” State Board member David Hill said. “It’s going to be hard on everybody.”

State Board, college presidents agree on another tuition freeze