The ban allows Idahoans to receive public services and access facilities regardless of vaccine status, according to a news release from the governor’s office.

Little said such vaccine passports would “violate Idahoans’ personal freedoms by requiring them to receive” the COVID-19 shots.

He added that passports could “cause division among our populace and, ultimately, be counterproductive” to the state’s efforts to provide widespread vaccination.

In a televised announcement of his executive order, Little encouraged Idahoans to choose to get vaccinated against the coronavirus that causes COVID-19 and thanked those who have already begun the process — nearly one-third of the state’s population. He called the vaccines a “game changer” for Idaho.

Vaccines currently available to all Idahoans have been shown to protect people from infection at rates of 66% to 90% or higher, based on large clinical trials and a real-world study published by the U.S. Centers for Disease Control and Prevention. Idaho has seen more than 100 cases of fully vaccinated people contracting the virus, but half of people experienced no symptoms, and most of the others had mild to moderate symptoms ranging from allergy-like to flu-like symptoms.

The announcement comes as some government leaders in the U.S. are considering whether to allow or encourage the use of vaccine passports.

But President Joe Biden’s administration this week said the federal government would play no role in requiring vaccine passports.

“The government is not now, nor will we be supporting a system that requires Americans to carry a credential,” White House Press Secretary Jen Psaki said Tuesday, according to a fact-check article by The Associated Press. “There will be no federal vaccinations database and no federal mandate requiring everyone to obtain a single vaccination credential.” 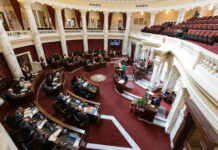 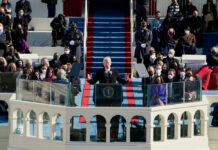 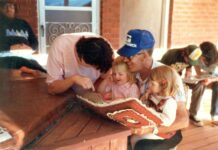 Idaho families are still — and will always be — suffering because of COVID. Mine is one.

Special Report: Dozens of members of Congress are vaccinated against COVID-19,...

1 million doses of COVID-19 vaccine have now been delivered to...